Colleague Tineke Morren tells in the Dutch newspaper “Reformatorisch Dagblad” about her vision on providing emergency aid: ‘If we want to perform effectively in disaster areas, we will need to cooperate in the field of emergency relief and development aid. Moreover, the resilience of the population needs to be enhanced.’

The full article (in Dutch) can be read at the website of Reformatorisch Dagblad.

Turn over a new leaf on emergency aid

If we want to perform effectively in disaster areas, we will need to cooperate in the field of emergency relief and development aid. Moreover, the resilience of the population needs to be enhanced, according to Tineke Morren.

In the last few weeks, newspapers and journals have been full of reports on disasters and emergency aid interventions. A tsunami in Sulawesi and another earthquake in Haiti. Within minutes, a peaceful and sunny island with palm trees is changed by flooding and mudslides into ruin. The consequences are enormous: more than a thousand deaths, destroyed houses and wiped out farmlands.

Often, such disasters strike in countries that already face big challenges with regard to food and water supply and poverty. Think of the big food shortages in Yemen. When you see and hear such reports a sense of discouragement and pity overwhelms you. It seems that the misery only gets worse.

Research from 2014 shows that nearly twice as many disasters happen as compared to twenty years ago (the first measurement covers the period 1980-1990). In twelve years’ time more than 200 million people were affected, especially in developing countries. These staggering figures raise questions: How often is emergency aid needed? Is there hunger once again in Africa? For how long will this continue? Why are there so many disasters precisely in poor countries?

Employees of aid organizations are facing important questions. Because in many cases emergency aid is offered in countries and regions where other projects are also being rolled out. How does emergency aid relate to development aid, and might the two work against one another?

How sensible is it to distribute free jerry cans with water, while at the same time a large scale program is being set up to realize a paid clean drinking water supply? Why is food being flown into a country where (outside the disaster area) sufficient food is being cultivated? What can farmers in Bangladesh do when they are left empty-handed after a flooding following a long term and intensive trajectory of agricultural training? In such case the results of development aid (income through training, seeds, irrigation, loans, supply channels etc.) are almost completely wiped out by a disaster.

Offering good emergency aid in combination with other longer term projects is a complex issue. In addition, you often have to deal with failing or strict governments that restrain foreign aid, and inaccessible areas. The call for efficient and effective emergency aid is more urgent than ever.

But it is possible to prevent the gains of years of development aid from getting wiped out. To achieve that development projects and emergency aid reinforce one another, a new approach is needed. Emergency aid aims at saving lives and relieving the suffering of the population after a disaster. Development aid wants to create a long lasting effect and is aimed at poverty reduction (for instance through education and water management).

Because of worldwide phenomena like migration, population growth and conflicts, the dividing line between emergency aid, reconstruction and development cooperation is getting increasingly blurred. Help is needed but should be mobilized more effectively. For this reason, two steps need to be taken.

The first step is: Combine the two worlds.

Emergency aid organizations already work together a lot. Yet, it is also important to cooperate in the field of emergency aid and development cooperation simultaneously in one specific region, based on one starting point with one shared purpose, taking into account the situation of one area or country as a whole. Each form of aid should focus on increasing the resilience of the population. Resilience reduces the needs after a disaster and takes advantage of the long-standing investment of development aid. This applies to house building, a stable income, the availability of drinking water and much more.

That is why we should commit ourselves to thorough cooperation between consortia (clusters) consisting of emergency aid organizations, development organizations, the private sector and government. These parties should – with their own expertise and complementing each other – set up programs aimed at making victims more resilient and independent. That means a form of assistance that does not only take care of immediate needs, but also already works on prevention before the disaster takes place, and promoting the development of a country in the long term. This will lead to less disaster damage, because inhabitants are more resilient and able to take action in a timely manner. In this way, the demand for emergency aid is reduced and the population is served better.

In case of a tsunami it is necessary to provide temporary shelter (of course indispensable in the short term). But it is even more necessary to invest in a disaster proof house and an evacuation building (which is also a primary school), built by the local inhabitants. And there certainly needs to be worked on social and warm connections within a community, so that people can take care of each other after a disaster. That is indeed far reaching emergency aid.

A partner organization of Woord en Daad did this on the Philippines. In 2013 this country was hit by the hurricane Haiyan. A village that was situated right next to a river, was subsequently relocated to a higher ground. The community built 112 hurricane proof houses and an evacuation building. Furthermore, they generated a stable income through sustainable projects that enhance their livelihoods. By the end of 2017, another hurricane struck. This time, houses were hardly damaged, the villagers helped each other and emergency aid was unnecessary. The area where the village was situated before was now flooded.

The second step is to encourage independence and local investments.

People who see and take their responsibility are part of the second step to effective emergency aid. In the before mentioned aid clusters attention is needed to the development and resilience of vulnerable people who are capable of improving their situation themselves. They are not merely victims, but can help themselves and their neighbors and learn from previous experience. They can help construct their own house and take initiative to generate an income also in their new circumstances. That causes much needed “ownership”. When people are owners of their own changes, a positive emotional connection is made to their development.

With the above mentioned cooperation, employment, trade and financial flows can be enhanced, even in the emergency phase. Too many entrepreneurs in affected countries go bankrupt as a result of the emergency aid industry, due to the many donations and items that are distributed for free. However, in many cases, aid organizations can buy food and toiletries at the local markets, so that inhabitants retain their income and keep taking care of their families.

The two steps seem overambitious: will they really work in practice? Fortunately, some measures have already been taken. Numerous international relations come up with new strategies. This way of operating does ask for defiant leadership, working against the traditional emergency aid flow. Leadership that renews, connects, acts and does not give up. Today, it is necessary to cope pragmatically with the needs of tomorrow, to further help inhabitants and to retain the impact of years of development aid projects.

Will turning over a new leaf stop the misery in this world? No. But it is our calling to strive for common ideals and turning them into deeds. As aid workers, we respond to this calling on a daily basis, recognizing that we live in a broken world. Through emergency aid and development projects we are not capable of overcoming or solving evil and suffering. This knowledge requires us to continuously take a fresh look at loving, good and thorough stewardship. 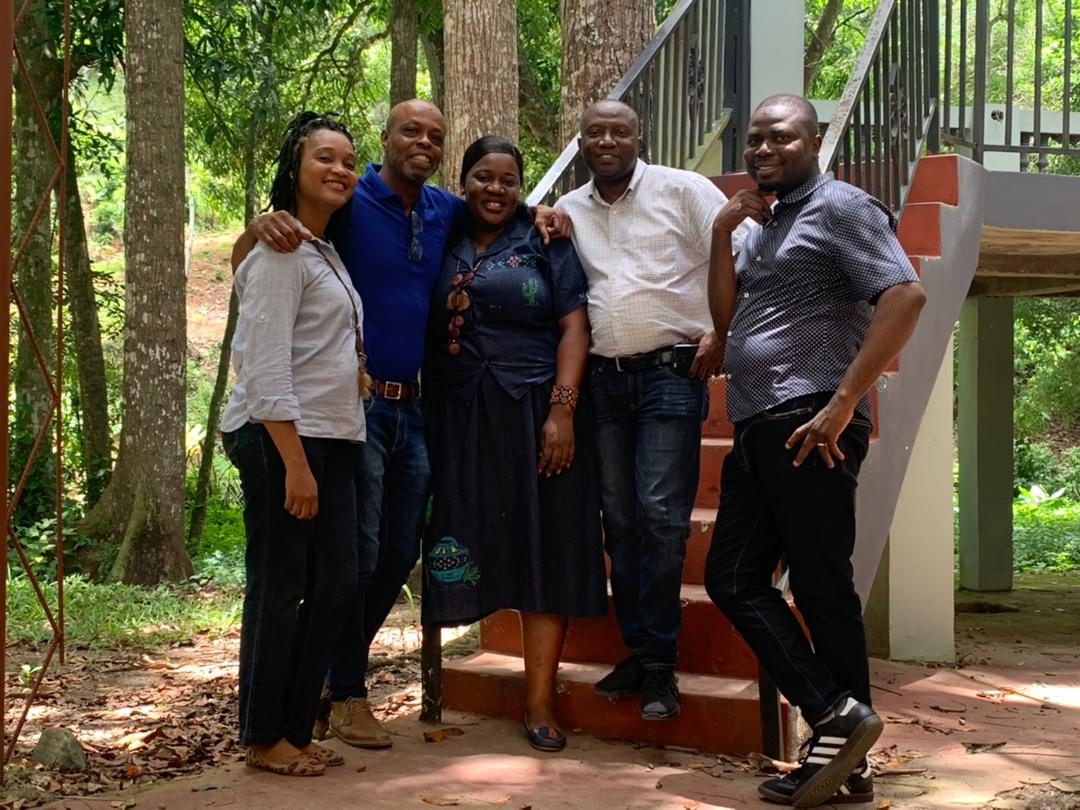 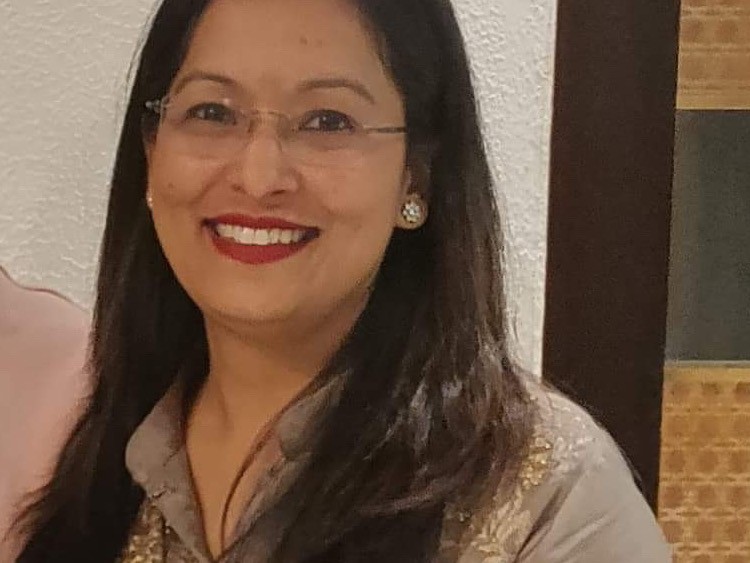 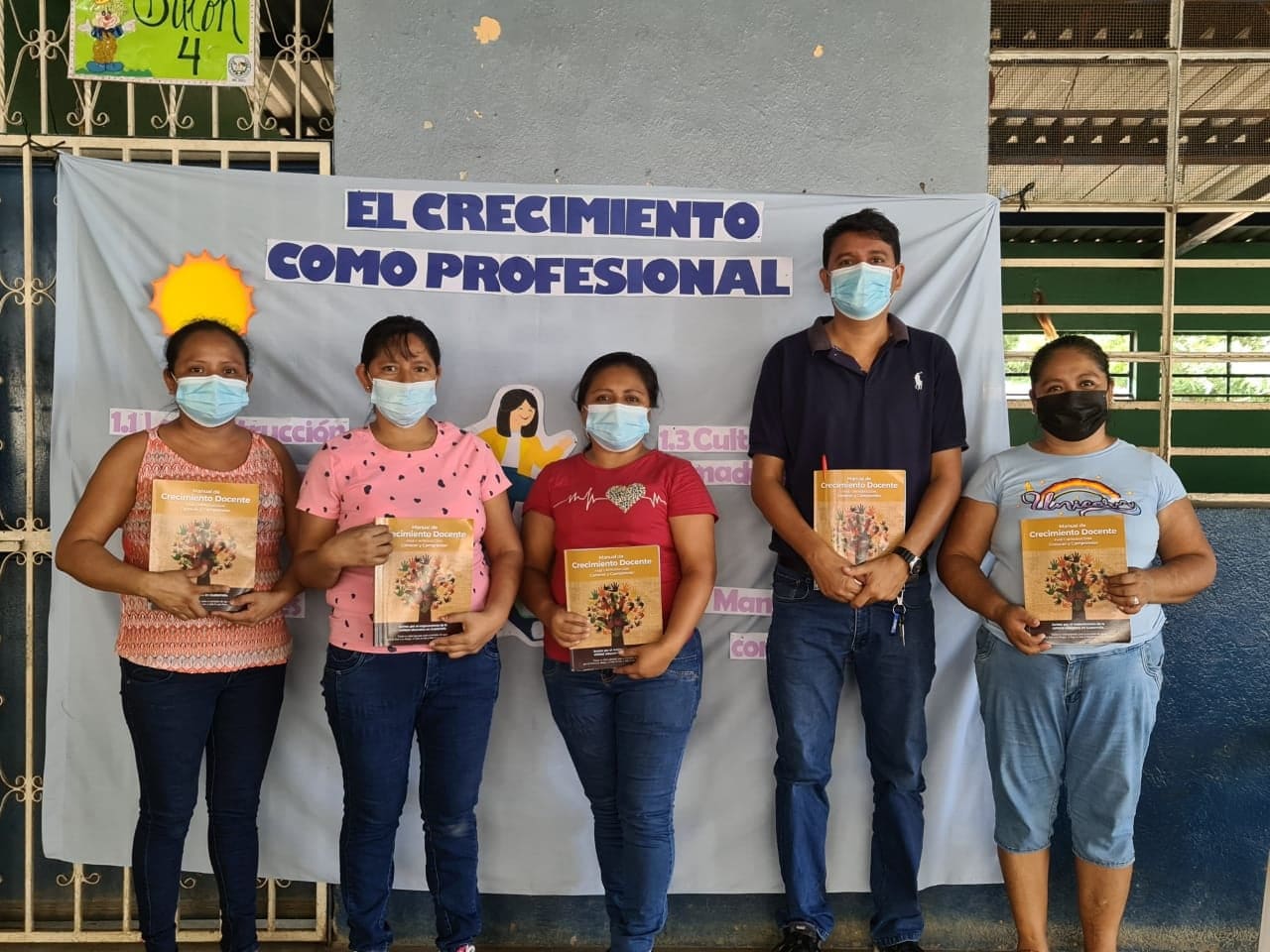