On Saturday January 19, nearly 1,400 people attended the Woord en Daad World Day. Young and old came to the town of Barneveld for impressive stories from different speakers, unique pictures and a lively market. On 9.15 hours the doors of the ‘Midden Nederland Hallen’ event center opened and visitors from all corners of the country were welcomed. The day started with the question that would be central throughout the day: ‘Are we stronger than the storm?’

Opportunities in a stormy environment

After the opening of the day, the floor was given to Jun Pascual, director of one of the most successful vocational schools of the Philippines. It was not the first time he was in The Netherlands. He had already got to know ‘our nice country’, as he called it. ‘I love your cheese and certainly also the syrup waffles. But I rather skip the licorice!’ Jun told how his school in the Philippines wants to give a future to young people in the slums. Young people with a stormy life where the challenges are piling up. Like the story of Marlon Diaz, with which he concludes. ‘Marlon Diaz was born in a poor family. As a child he already knew: I want a different kind of life, a good job and a family that I can take care of. ‘Thanks to his study at ASHTEC Marlon gets a dream job. ‘Marlon now supports his family financially and pays for the studies of his sister. A story of storms, success, family and the independence where he had dreamed of.’

Another story full of storms was told by Kate Ann Micosa, a former sponsor child and student at ASHTEC. Kate told that when she was young life was not easy. ‘I still remember the days we had to skip a meal, because my father had not earned enough that day.’ Her life changed when her parents were approached by a partner of Woord en Daad, AMG Philippines, to admit Kate and her brother in the sponsor program. The greatest and most important change was that in the program, Kate got to know God and came to faith. ‘Do you realize, all sponsors that are here today? God wants to use you to get us to know the gift of the eternal life! That is the best you can ever do for us.’ After this beautiful story Kate’s sponsors stepped on stage. Erik and Jenneke Donkersteeg told how special it was for them to meet Kate in person. ‘What once started with a small picture at an introduction fair, now stands next to us in person.‘ Kate got tears in her eyes when she told that it was a dream coming true to stand next to her sponsors. ‘And to finally thank them in person for what they mean to me.’

During the break, there was plenty to experience at the large world market. The employees at the sponsor stand were busy – this weekend no less than 29 children got a sponsor! At the stands of the shops and committees there was a lot to get. At the stand of the event Sport for Others you could cycle for your own smoothie. Tapping water could be done at the stand of the program ‘sustainable water’. And many people cracked cashew nuts for the first time in their life! The auction was full of surprises: apart from balloon flights and raisin breads, suddenly not one but two bikes were auctioned!

At 13.45 hours, the main program continued with the stormy song ‘Stronger than the Wind’ by the children’s choir ‘De Vuurpijl’. War correspondent Teije Brandsma told what storms – both literary and figuratively – he has witnessed in his job. ‘When I see a city completely devastated by violence of war, families torn apart and people who lost their homes, I realize that it is true that ‘all creation sighs’.’ After his story, Teije invited Steef de Bruin (chief editor of the RD newspaper) and Tineke Morren (project leader Emergency aid at Woord en Daad) to come on stage. What is the role of Christian journalism in reporting emergency aid, Teije asked to Steef de Bruin. ‘Especially as Christians, we should stay critical on how emergency aid money is spent. Because we have the Biblical task to be there for people in need.’ Tineke Morren reacted: ‘We cannot do this as Woord en Daad alone, and we are amazed every day by the support and prayer of all people present here.’

Before the children’s act closed the program in a stormy way, Rina shared a personal and wonderful encounter she had. She told us how many people she met in her work who have to deal with storms. But also people who – in the midst of storms – find peace in the Word of God. Like the woman from Colombia who, because of the unrest in her country, was forced by the government to move 7 times in two years’ time. 7 times scared away, 7 times new promises, 7 times disappointed. ‘But: she held the Bible in front of her face. Her eyes shined when she said: ‘God is faithful. He does what he promises. That is why I read in the Bible and comfort myself with His promise.‘ Exactly that is what we propagate: Word ánd Action.’ 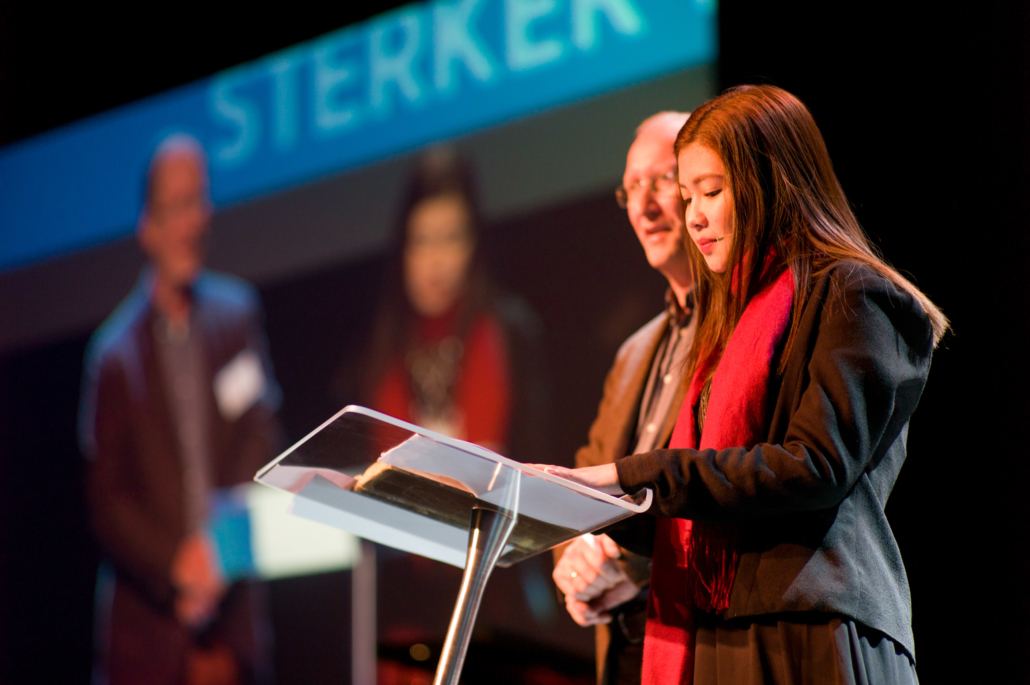 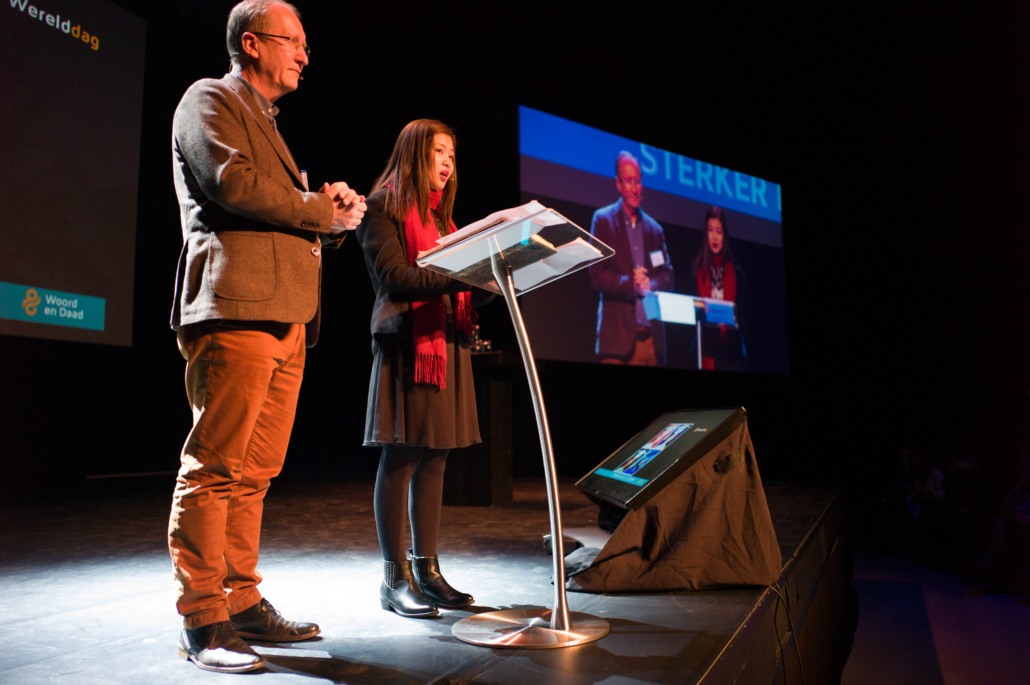 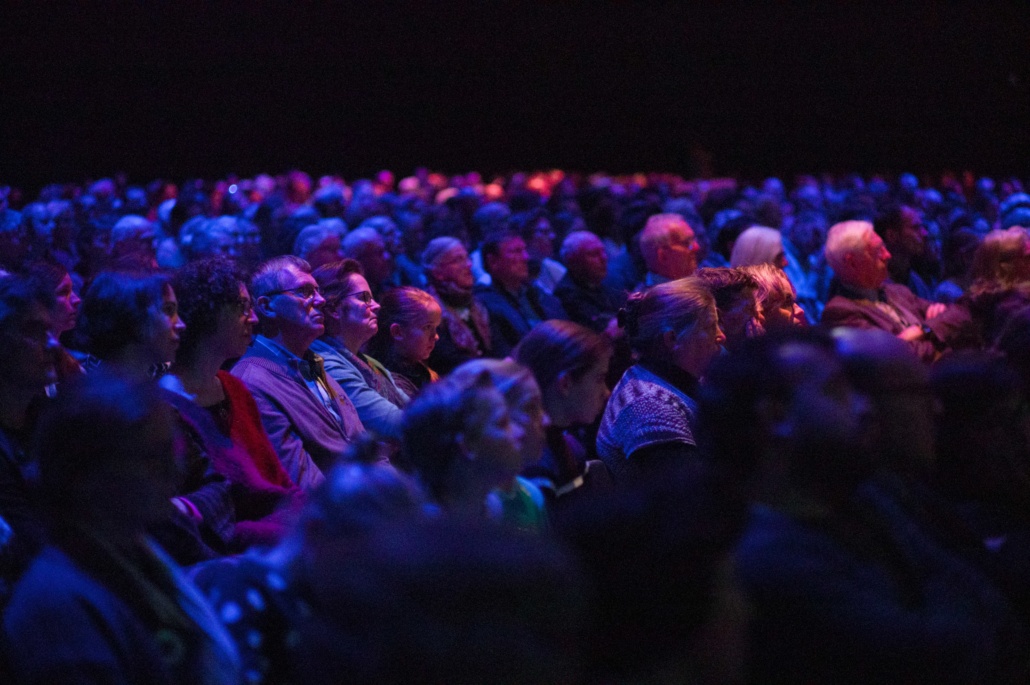 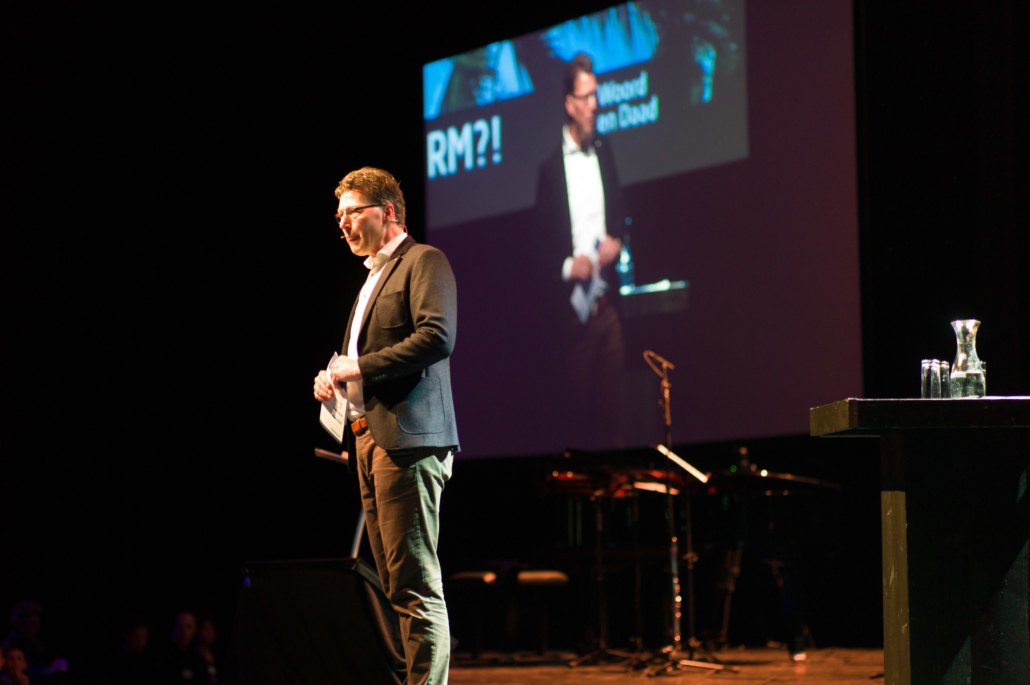 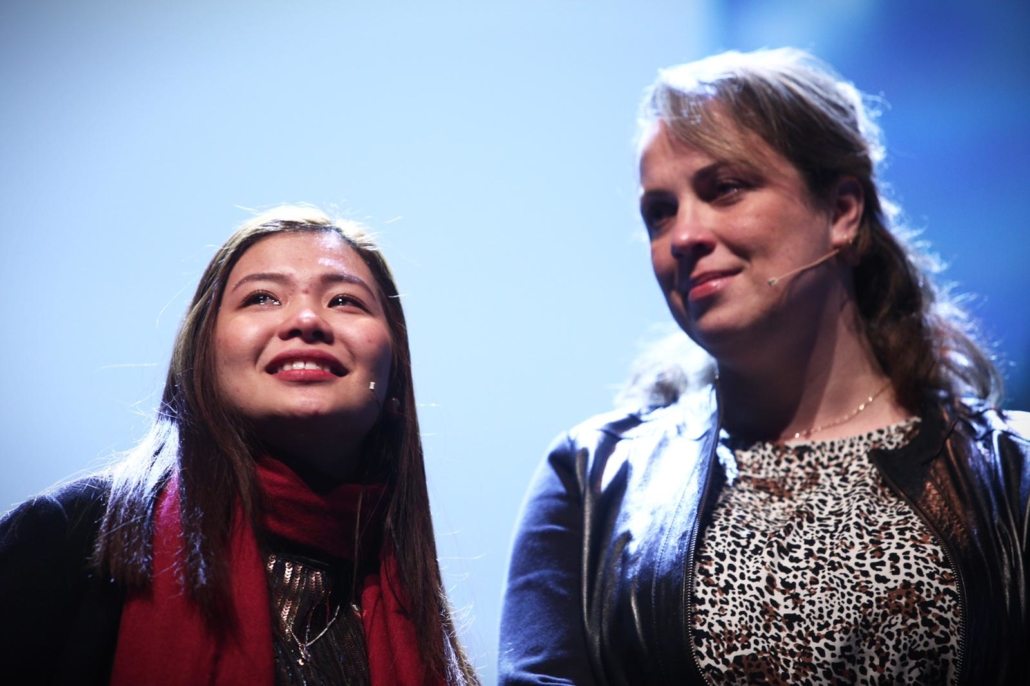 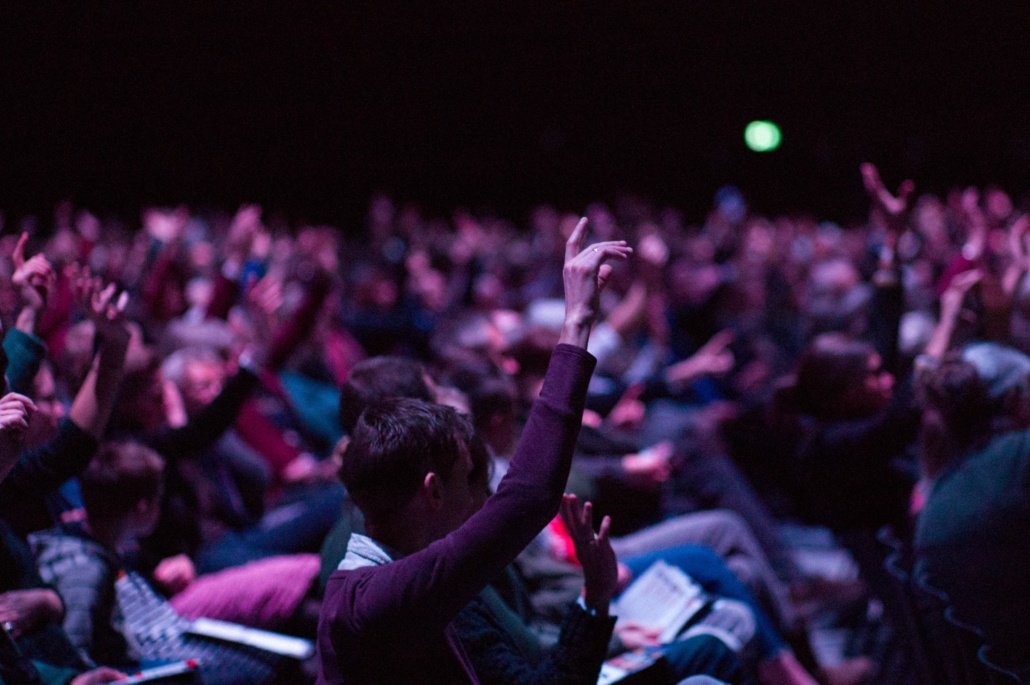 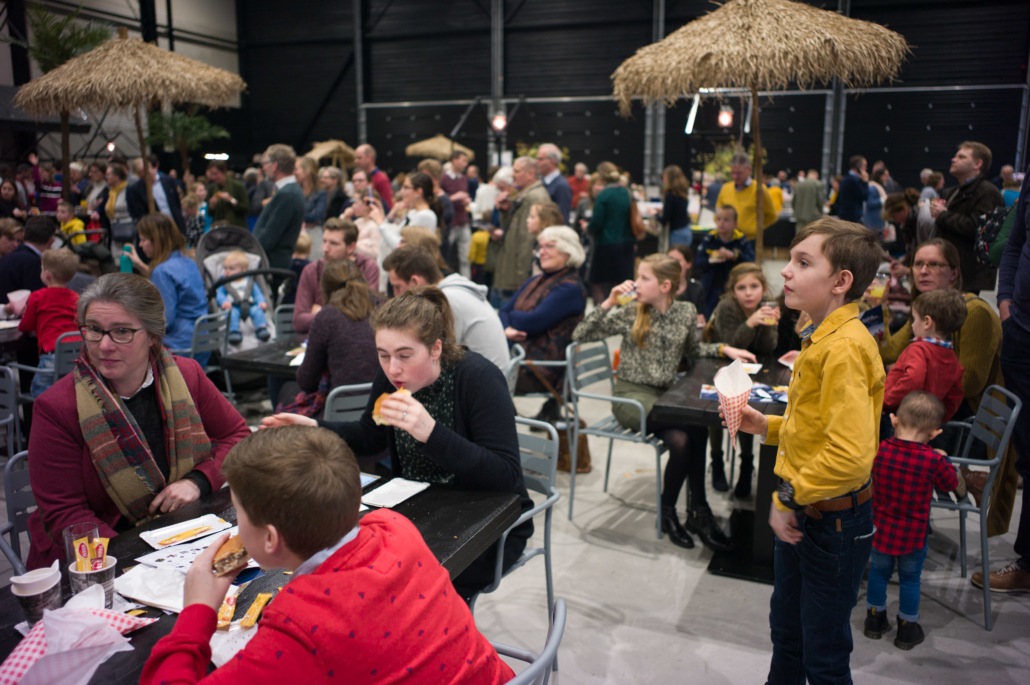 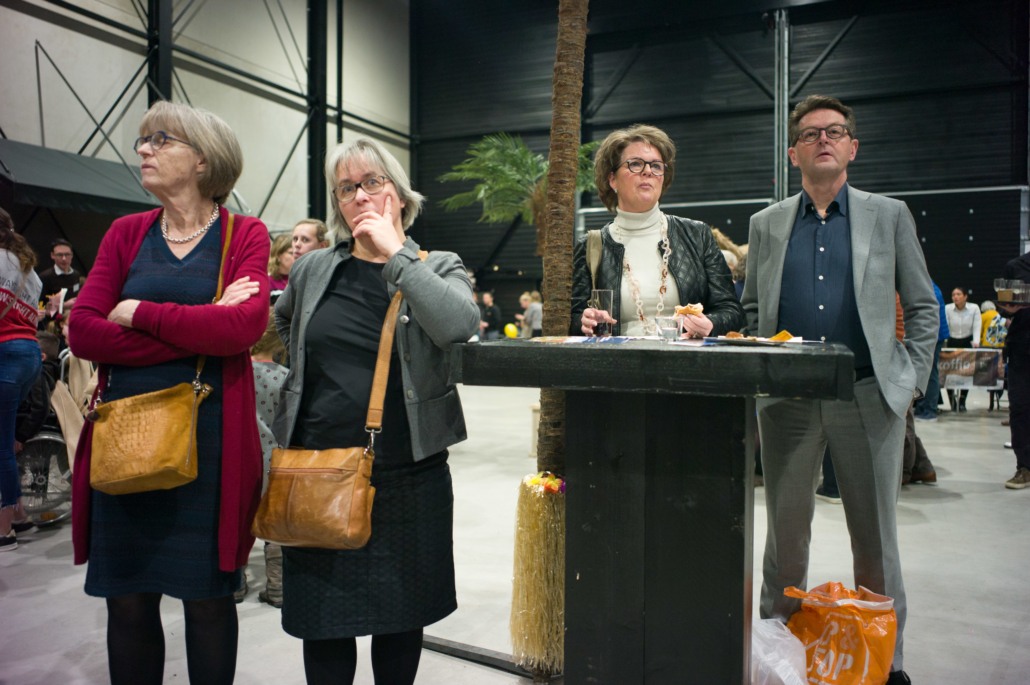 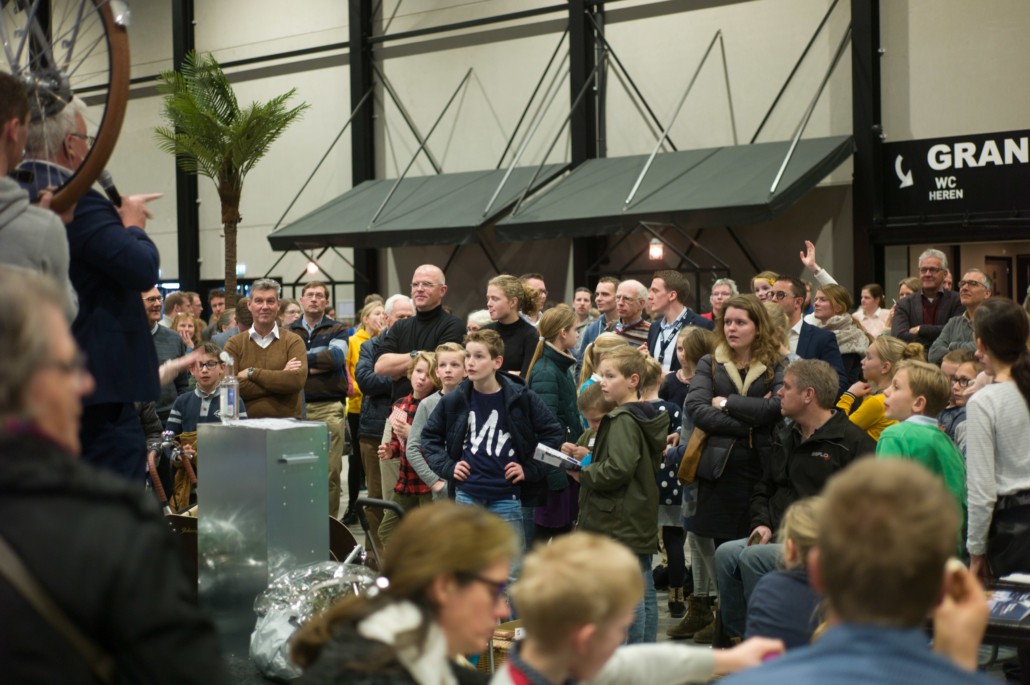 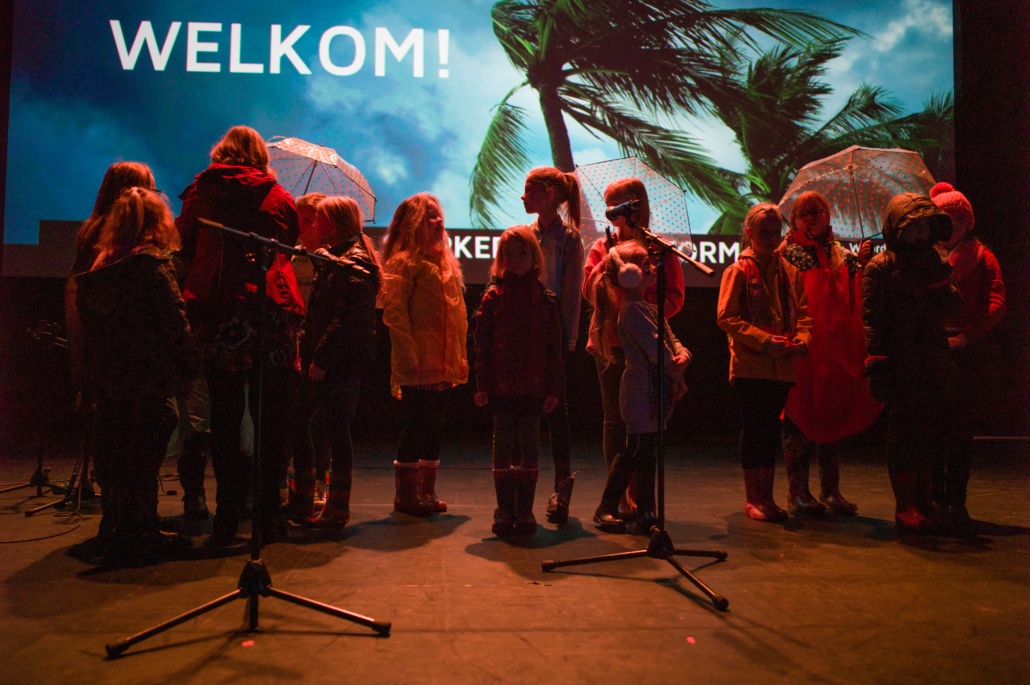 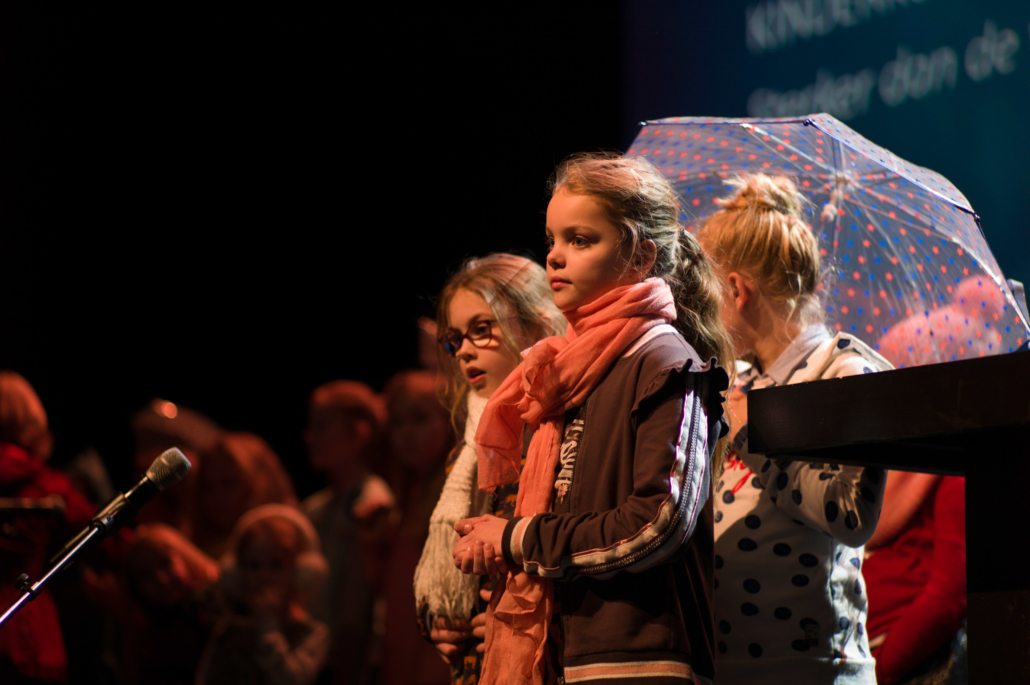 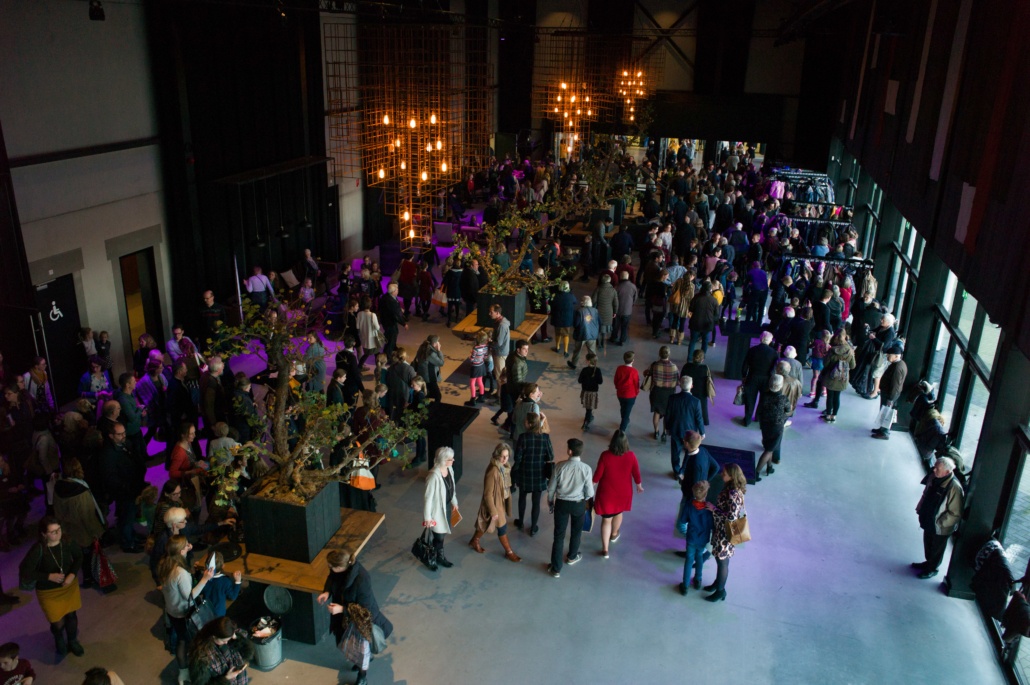 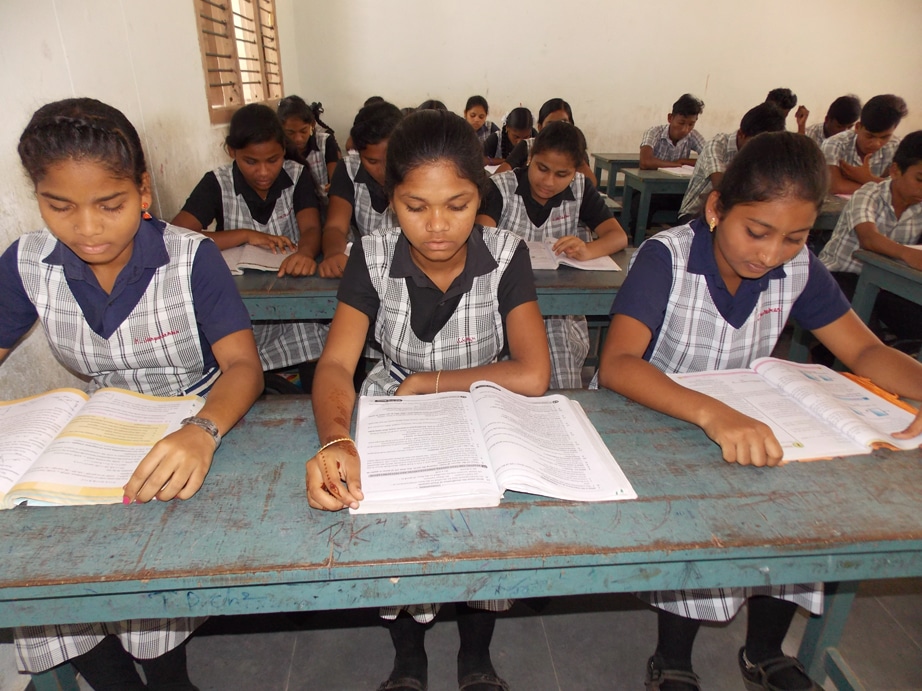 In the past few months module 2 and 3 of 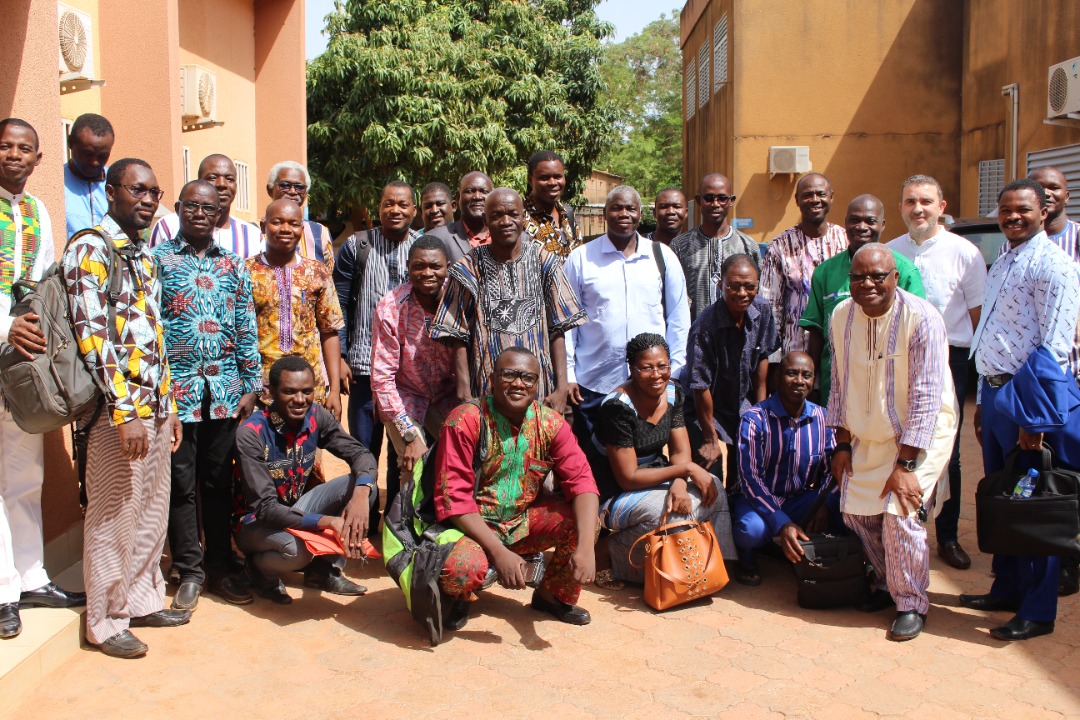 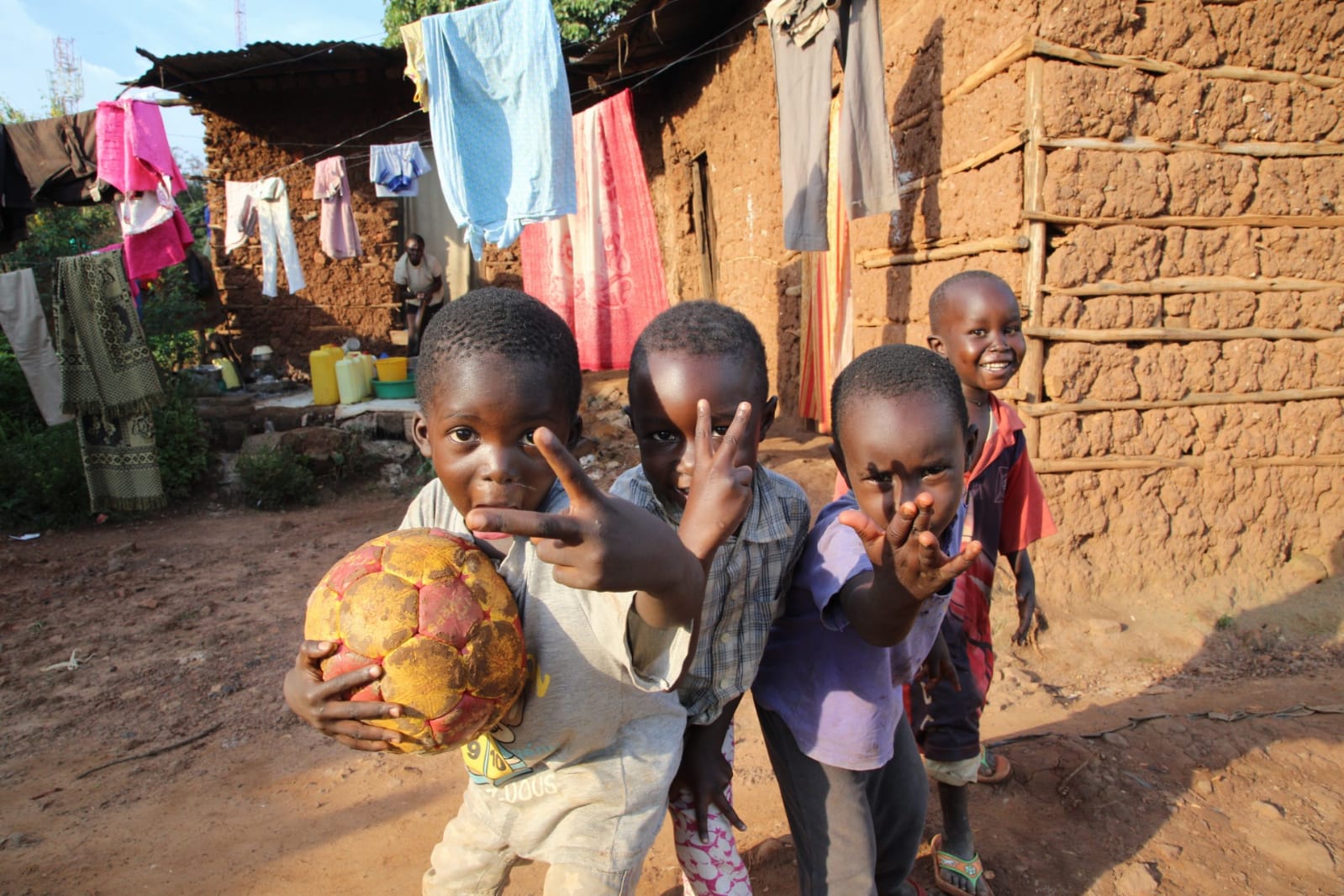 We are very positive about the steps we are taking 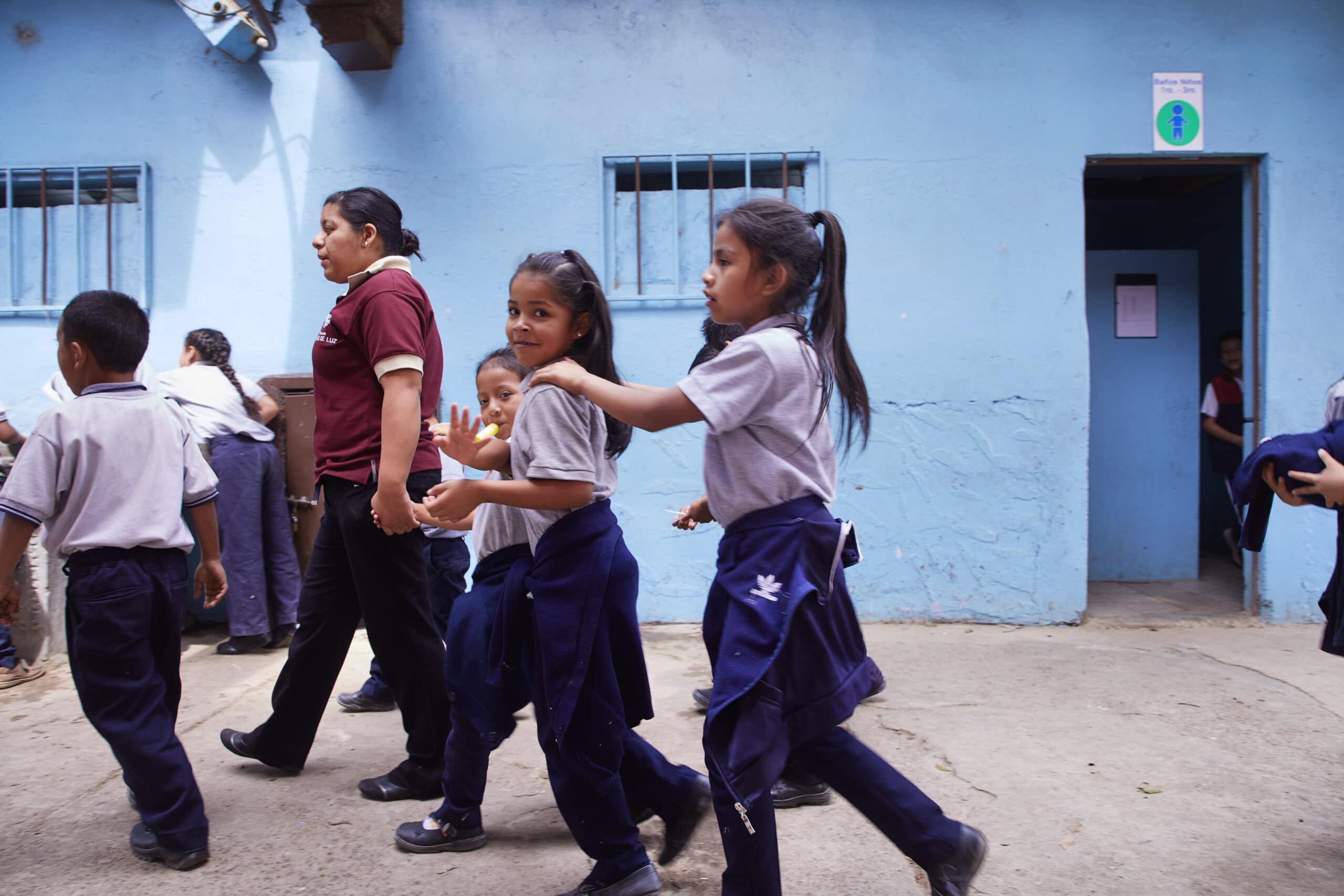 Watch our videos where the teachers and consortium members talk